It’s the one they’ve all been talking about in the papers. In the final week before the race, the media attention was relentless, with a reporter from the Wandsworth Guardian camped outside our house, hoping for a scoop. He managed to get a photo of Katie taking the bins out in her slippers, before she chased him off with a broom.

Wanting to give the stellar field the organisers had lined up a chance, I headed out for an 80 mile ride to Windsor the day before the race, mumbling something along the lines of ‘I need to start training for triathlon’. James Ellis, triathlon hotshot and bang average runner, nearly derailed my racing plans upon hearing I might be lining against him later this year in Ironman Copenhagen, by completely demolishing my back wheel within 10 minutes.

With no team car following with the spare bike, I was forced to jump in a taxi home, whilst the stellar group we’d lined up to ride with graciously waited for me to jump on my other bike (the rule of bikes, always have one more than you need) and catch back up with them.

The rest of the trip was thankfully uneventful, the highlight being the stop in Windsor for some coffee, cake and cinnamon buns. I settled for a gentle 5km run off the bike to continue the ‘training for a triathlon’ facade, before propping my feet up for the remainder of the day. 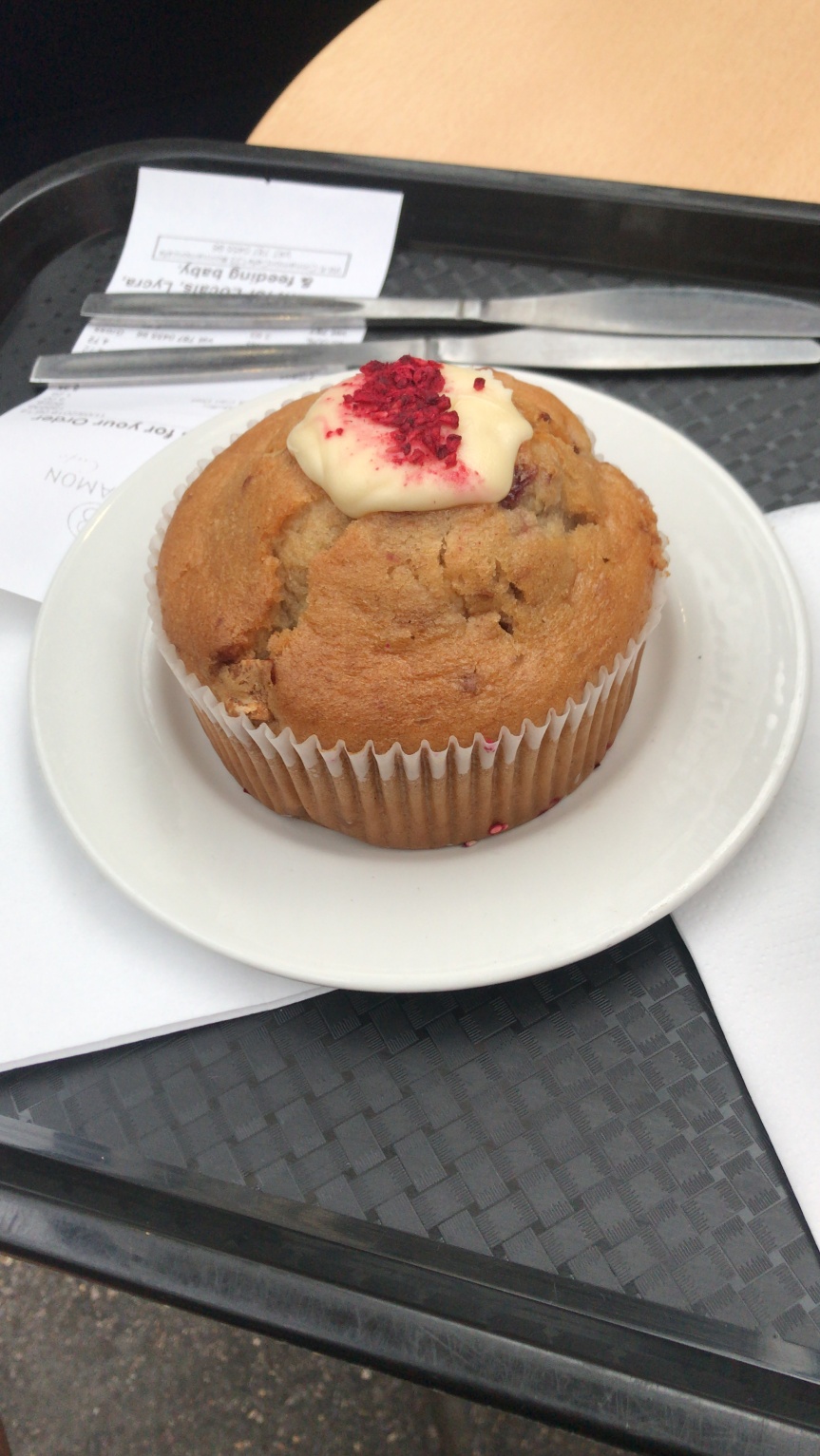 With a leisurely 9am start time the following morning, I even had time to log a further hour on the bike before a quick change into running kit and the 5 minute drive to what could be considered as our ‘home race’. It wasn’t a completely random decision to sign up, with Katie’s work friends both taking part in the half marathon – she had agreed to accompany them out on the course.

We rocked up with barely enough time for a quick toilet stop, before being summoned to the start line in preparation for the off. A quick glance around confirmed that neither Farah nor Kipchoge hadn’t bothered to show up, much to the organisers dismay and Spraggins delight. With absolutely zero fanfare, we were away on an initial lap of Wimbledon Common.

There was absolutely zero plans for the race, other than to treat it as a hard training session and give it a good nudge. I’d set myself one rule, based on previous experiences – whatever happens, DO NOT be in the lead for the first couple of kilometres. Be content to sit in behind and just see what the pace is like, but don’t get carried away. DO NOT BE IN THE LEAD.

After 5 seconds, I found myself in the lead, running faster than I probably should be. Things started to string out, with 2 other chaps sitting just behind me, exactly in the position that I should’ve been in. YOLO, and all that – might as well stay here and see how long I can hang on for.

Moving on to the mean residential streets of Wimbledon, mile 2 was largely downhill, weaving around a few dog walkers and people out to collect the Sunday papers. One of the guys started to ease away, and having absolutely blown a gasket already, me and the other chap were left trailing in his wake.

I went through 5km in 17:14 – probably slightly punchy/not far off my personal best for that distance. But with the first half being mostly downhill, it never was going to be a day of speeding up in the 2nd half. I’d slightly gapped the guy behind but could hear his footsteps and heavy breathing – I was being stalked.

Things were heading south by this point, and I knew I’d have to pay the piper for the rather enthusiastic start. Heavy legs, heavy breathing – why are we doing this again? And this was all in the knowledge that we’ve got the equivalent of Merton’s Everest to climb in the near future.

After a bit of wiggling around some random side-roads, we hit the base of the climb, where I knew the battle for 2nd would be won or lost. Quite quickly it became apparent that I was going to be the one doing the losing, with limbs flailing everywhere as I tried to haul myself up the hill.

After what seemed like hours we got to the top, leaving us with just the final 2km to cover. Rather annoyingly, my new nemesis was less than 10 seconds ahead, which meant I couldn’t just give up and settle for 3rd, with no sign of anyone back down the road behind.

We barrelled through Wimbledon Village, and I nearly separated a middle-aged gentleman from his recently acquired sausage roll as he stepped out of the local bakery straight onto the ‘racing circuit’. During this time, I was making the same mental note as I always do, never to do a 10km again, because they hurt too much.

Eventually, I gave up the ghost, figuring 3rd was a decent outing, guessing that the prize money difference between 2nd and 3rd couldn’t be more than a few thousand. Cue standard flap cap waving in the finish straight, before chucking several bottles of water over my head after crossing the line, as the temperature had crept up to a scorching 17 degrees.

36:08 was my official time – not bad for a mornings work. I caught up with the two guys that finished ahead of me, learning to my surprise that there would even be an awards ceremony. I wondered who they’d get in to present the prizes. Vinnie Jones? Sir Andy Murray? Maybe a collection of the Wombles themselves.

In the end, it was the race organisers job to hand out the prizes and conduct the ‘interviews’. When asked what the secret is to make your way onto a highly prestigious podium, my ‘witty’ response was ‘wear a flat cap, it makes you run faster.’ Spraggins you comedy genius. 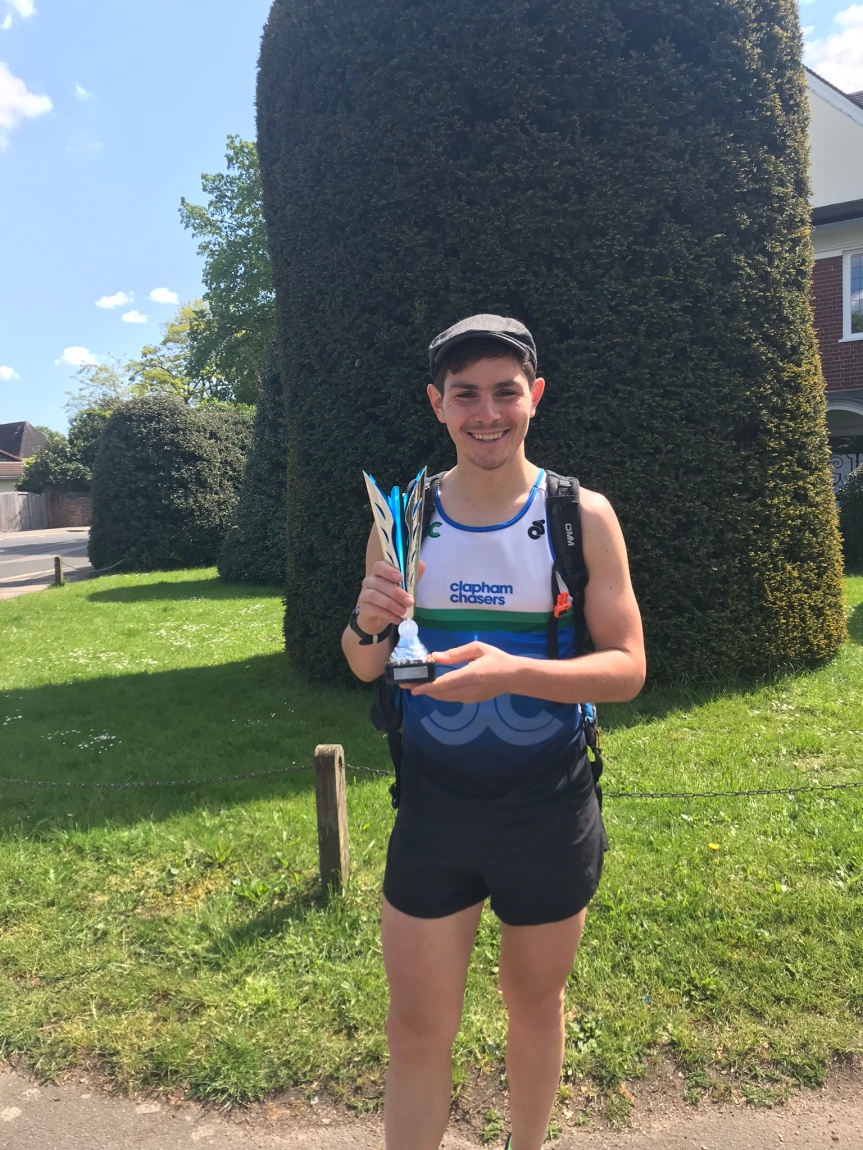 After the gongs had been handed out and all the post-race media had been dealt with, I got back out on the course to support Katie and her friend, who were ‘enjoying’ a 2nd lap of the course. Good times had by all as always – better get back on my bike now.

Started a new job today. • Even in the current times, always good to make a good first impression 😉 • • • #notalwayswearingshorts #wfh #newjob
Another year, another cracking time had race directing the Thames Riverside 20. • A unique set of problems this time around, but I’m super grateful to all the top class volunteers and runners that turned out to support the event. • Let’s hope that the situation improves soon and people are back out doing what they love sooner rather than later. • The highlight of the weekend - we actually came home with more toilet roll than we started with! 🥳💩 • • • @claphamchasers #tr20 #runningrace #racedirector #ukrunchat @fulhamrunningclub
Struggling to get my head around people saying ‘I just need to know if the London Marathon is still going to be on or not, so I know whether to keep training’. • If this sounds familiar - I don’t think you’re in it for the right reasons 🤷‍♂️ • It’s not all about one race, but instead a gradual and continual journey to a healthier and more fulfilling lifestyle. If you happen to get a PB at the end of it - then that’s an added bonus! • Like everyone else, I’ll be gutted if the @londonmarathon is called off, but nothing will be ‘wasted’ or ‘ruined’. I’ll bank that hard work and know it’ll serve me well in the future. • • • #londonmarathon #marathontraining #london #corona
Cracking the whip at this weekends @surreyhalf • This pic looks much worse than the reality 😂 I promise I strike a good balance between encouragement, fun and a bit of tough love when needed. • Always enjoy putting a flag on my back and pacing - super rewarding and get a chance to meet so many great people - thanks @xempo for the opportunity. • • • #surreyhalf #pacing #sub130 #marathontraining #halfmarathon #ukrunchat
It’s safe to say we have some awesome family and friends. • Thank you so much the cards, gifts and well wishes over the past couple of weeks. • Still adjusting to having a fiancé, rather than a girlfriend! • Question is: Slysons or Lyaggins? • • • #lycraweddingdress #flatcapwedding
Big Half 2020 - 1:18:47. Race report is now up on my site - link through the bio page. • Great fun, and so good to see so many familiar faces out and about during a tour of London Town. • Straight back to it, plenty of hard work to be done in the build up to @ironmanireland • • • #bighalf #bighalf2020 #ironmanireland #runningblog #ukrunchat #halfmarathon #london